Yeah, I did it.  Pulled out my worn DVD copy of Point Break.  Watched it.  It was awesome.  It is always awesome.  My wife?  She don’t think it’s so awesome.  In fact, she says “Why you wanna watch that thang agin fer da ate-hunnert time, foo?”  (It’s true.  My wife is a crude stereotype of various ethnic and regional caricatures.  I love that about her.)

Yet another stereotype! I’m rollin’! (Like a rolling pin. Get it?)

Her point, delivered in some made-up patois, was that I tend to watch the same movies over and over again.  This is in part because A) there aren’t a whole lot of good movies out there that bear repeat viewing B) Netflix doesn’t update their selections nearly often enough for my tastes and C) flicks like Point Break are popcorn.  Not terribly fulfilling, but they’re awesome in a pinch.  You can always throw a bag of Pop Secret in the ol’ microwave, and you can always find a movie like Point Break on one of the cable networks even if you don’t have access to a DVD copy.  Perfect. 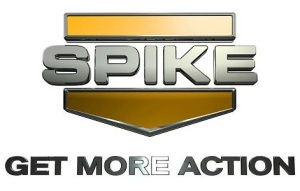 But upon my most recent viewing of the epic tale of young FBI agent Johnny Utah (ed. note: if you haven’t seen Point Break and/or don’t know the plot synopsis or principal characters, then you won’t get much out of this blog, as I have little time to recap the subtle intricacies of the whole tale.  Sorry!) several points leapt out at me, like daggers of the mind (actually nothing like that, but I’m on a roll and LOVE parentheses.) For example:

I seriously don’t think Busey ever learned his lines.  At all.  Was most of his performance ad-libbed?  Not a bad guess.  For example, watch the scene where he’s in the car and Utah is about to get pummeled by the Surf Nazis.  He either can’t remember his lines, never learned them, or was distracted by something off-camera.  Terrible.  (But brilliant, because it’s Busey.)

LOL! I HAVE NO IDEA WHAT I’M DOING!

At no point does Utah ever ask (or even wonder, it would seem) what the hell Bodhi does for a living.  I mean, kid…wake up.  You’re investigating a bunch of bank robberies.  The chief suspects would appear to be surfers.  And here’s a surfer who has a multi-story concrete-bunker mansion full of candles and pictures and fire-eaters and stoned chicks and it’s pretty much right on the beach and HOW THE FUCK DO YOU AFFORD THIS PLACE, BODHI?!?!  ALSO, WHAT IS YOUR REAL NAME?!?! JUST IN CASE IT’S ON SOME INTERPOL WATCH LIST OR SOMETHING!

This guy wants to be Flea. He is not. Also, his hat is a shirt. Radical.

Keanu and Swayze were teammates before this movie.  Yep.  In the classic (actually pretty bad) hockey flick Youngblood.  Keanu didn’t have a huge role.  He was one of the goalies on Patrick’s Hamilton Mustangs and I think he was supposed to be Québécois.  Or retarded.  Maybe both.

Lori Petty was fucking huge in the 90’s.  This flick, Tank Girl, A League of their Own, In The Army Now…then…what?  Where did she go?  Also, is she a lesbian?  If so, that’s a waste, because she’s hella cute and has amazing eyes and a sexy little voice.

“Hide the shit!” is one of my favorite lines in any movie, and it’s been used in a bunch of them.  I also like to yell it loudly when I have unexpected guests arrive at my door, just in case it actually IS the cops and they’re coming for my shit.

“We know you’re in there, Watson! We can hear you doing weird hair stuff!”

You know I love and am fascinated by quantum mechanics and such.  As an amateur quantum physics aficionado, let me assure you that there is no way Utah’s surf board would’ve fit in his Shelby Mustang, even with the windows down.  Dude.  Like, not ever.  Simply not possible.  The board seemed to be about an 8′ funboard with chunky rails.  The only possible way to do it would be to put down the windows on both driver and passenger sides and stick the board straight through. The problem with this configuration, of course, is that there would be no way to drive the car.  Unless you had a little midget with a periscope, in which case maybe the car would get going so fast that there would be lift created by the board sticking out on both sides and the Mustang would actually end up airborne!  A flying FBI surf-mobile!  Fuck, I hope they make a sequel and it includes a midget-driven primer-covered flying FBI surf mobile.  God damn, I can smell the Oscars…

Get Dinklage on set NOW!!!