I had a blast breaking down the perplexing nonsense of Belly’s song “Slow Dog” because, well…the nineties.  The thing is, I really enjoy that song.  But early-to-mid nineties music and fashion, however enjoyable it may have been, invites people to make fun of it.  As a former college radio DJ and flannel-and-Doc Martens-wearing “alternative/punk” kid, I still create Pandora stations that sound like the legendary KROQ must’ve sounded back in the Jed the Fish/Rodney on the ‘ROQ days.

But the videos?  Man…they were usually ridiculous.  They were all grainy, shaky handicam shots or some asinine attempt at edginess.  Sometimes they told a story.  Sometimes they just put the band in wacky situations, like a piss-poor version of the Beatles’ “HELP!”  Sometimes they borrowed form all these formats and added some ‘live’ performance shots of the band itself.

For example:  this.  “Valerie Loves Me” by Material Issue.  One of my favorites from that era. The first time I heard the song I was POSITIVE that the band was one of the hot English acts: bands that cropped up in large part thanks to the “Madchester” scene that gave us Happy Mondays, Blur, Inspiral Carpets, and later branched out to the Soupdragons, the Farm, and Oasis under the group heading “Britpop.”  Material Issue fit nicely into that sub-genre of Alternative music, and I was stunned to learn that they actually hailed from Chicago, Illinois.

Anyway, here’s the lackluster video to the amazing song.  Watch it, then join me for the breakdown.  Then watch it again and go “Oh, yeah!”

Okay, we begin with…RUN!! IT’S ENGLISH PEOPLE!!  (Editor’s note: we’ve already established that this band is from Chicago, not anywhere in England.)

:23 – Freddie Highmore is now in a band, but cannot afford a shirt that fits.  Perhaps he will grow into it?  Let’s hope! 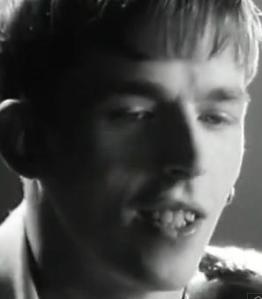 D’awwwww…they grow up so fast! (And so unattractive!)

:29 – Remember when you had two hoop earrings in your left ear and none in your right?  Remember?  God, I do.  I also rocked the glittery Ankh on a French hook because ALTERNATIVE! 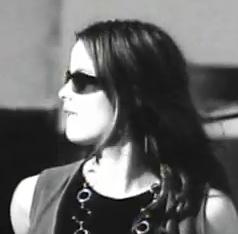 Seriously…is this even the same girl?!

:59 – Young Ric Ocasek is just plain creepy.  Give her some space, dude! 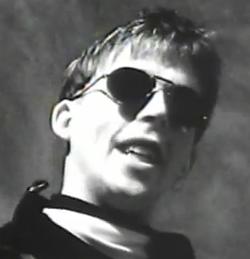 2:30 – One of my favorite parts of this song is completely wasted in this video.  Jim Ellison screaming “VALERIE LOVES ME!” is such a powerful, anguised counterpoint to his usual sing-song English (CHICAGO!) style of power-pop…and he doesn’t even get a closeup or a camera-shake.  Lame.  Probably why Ellison took his own life in 1996. 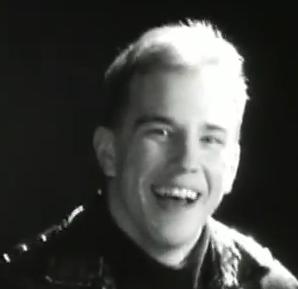 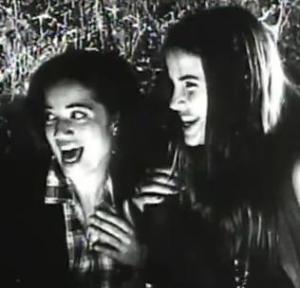 We are totally going to be in that new 4 Non Blondes video, girl!

Conclusion: great song.  Average video.  They get points for almost having a narrative.  The loveable losers in the band crush on Valerie (Fun fact:  all the girls in the 90’s were either named Valerie or Veronica) and spend the video trying to woo her, only to have her drive off at the end.  And you know she’s totally gonna hook up with that douchebag with the tie.  Fuckin’ ties, man.  That’s life, man.  That’s life.

But Valerie loves me…