Recently my kids have been on a TRON kick.  Specifically, they’ve been on a TRON: Legacy kick, watching it every day.  EVERY. DAY.  They’ve made Identity Discs out of paper plates and Frisbees, every toy motorcycle is now a Light Cycle, the Android tablets are full of Light Cycle games and TRON videos on YouTube, and TRON: Evolution has taken up permanent residence in the Xbox 360 tray.  It’s a phase, and I’m aware that recently they were in Iron Man mode, and Batman mode before that, and of course hockey is always a go-to obsession, so it’s all good.  But I took it upon myself to further their education by downloading the demo versions of the original TRON coin-op game and even found an Xbox Arcade demo for the classic “Discs of TRON.”  (It turns out that this game is not nearly as fun as I remember, but maybe that’s because I’m not playing it inside one of those enclosed sit-down cabinets that the original game employed.)

I seriously doubt my big ass would even fit in there.

Anyway, word association and rhyming are two ways my addled mind uses to distract me from doing real work, so here’s the way my runaway brain train took off on me…

Instead of “Discs of TRON” I started thinking “Discotron.”  Now, Discotron can be a lot of different things.  A tune by Alex Metric which sounds an awful lot like some of the Daft Punk soundtrack to TRON: Legacy, ironically…

I’m guessing it looks like this. Just spitballing here, but with a name like “Discotron” it has to be pretty close.

Or this weird German party truck.

And actually about 4,000 other things.  In fact, if you add alternate spellings like “DiskoTron” or “Disco-Tron” the results from Google explode exponentially.  And goddammit, we don’t NEED more explosions!  My lord, didn’t you SEE that footage of the meteor in Russia?  THINK, PEOPLE!!  This world would be so much better if people would just learn to be responsible with their Google searches.  And don’t even get me STARTED on that Bing crap.
Anyway.
“Discotron” led me to think of Robotron 2084, another bad-ass arcade classic that was sooooo much better than “Berzerk.” 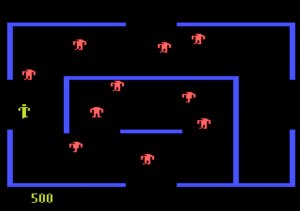 Berzerk: one of the few home-console versions that looked pretty much like the coin-op. It’s all we had, people.

And “Berzerk” was infinitely better than “BirdZerk” the cut-rate San Diego Chicken rip-off that infiltrates minor-league ballparks around the United States every summer.

KILL IT! KILL IT WITH FIRE!!

And “BirdZerk” is head-and-shoulders above that Myron Noodleman buffoon.  Seriously, dude:  looking and acting like Jerry Lewis has never been funny, even for Jerry Lewis. Jerry Lewis cosplay is the absolute worst.  Stop it.

But Discotron also reminds me of Gravitron.  The Gravitron is the single-greatest carnival ride in history, equal parts fun and vomit.  It’s amazing.  Sometimes you sprawl all over the place like a confused Stephen Hawking, and sometimes you hope that the centrifugal force keeps that dude next to you’s puke right on top of him where it belongs.

Or you sack up and make gravity your bitch.

In closing, here are some other things that Discotron reminds me of.  Thanks, kids.  Thanks, TRON.  Thanks, Google.  And thank you for making it this far. 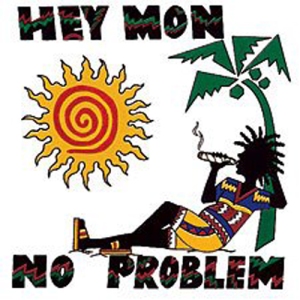 2 thoughts on “Discotron and On, Mon!”