If you’ve arrived here hoping to find some extended treatise on the American Pie sequel, well, sorry, friend. You’re out of luck. I’ve never even seen it. But stick around anyway.

I recently had the honor of standing up with my friend Derrick as he married another one of my very best friends, Amber. I’d watched those two grow together through many trials and tribulations into a power couple. They’re truly two of the best humans on this planet, so it was exciting to see them combine forces. And as their wedding date drew near…

The world seemed to go to shit.

Two well-publicized police killings, right after another. Were the killings racially motivated? It seemed entirely possible. Were they straight-up assassinations? Less likely, but that didn’t prevent people from drawing virtual battle lines on social media, on horrible cable talk shows, and even more repugnant blogs. And then, the most despicable (and yet, sadly, not completely unexpected) reaction occurred. Officers gunned down in cold blood during a peaceful protest in Dallas. Our nation seemed headed to the brink of disaster at breakneck speed.

And once again, idiots and fools raised their ignorant voices in an attempt to fan the flames of hate. The one that filled me with rage and despair was the since-deleted Tweet from former Congressman (A GODDAM CONGRESSMAN!) Joe Walsh (not the guy from the Eagles. The other one.) 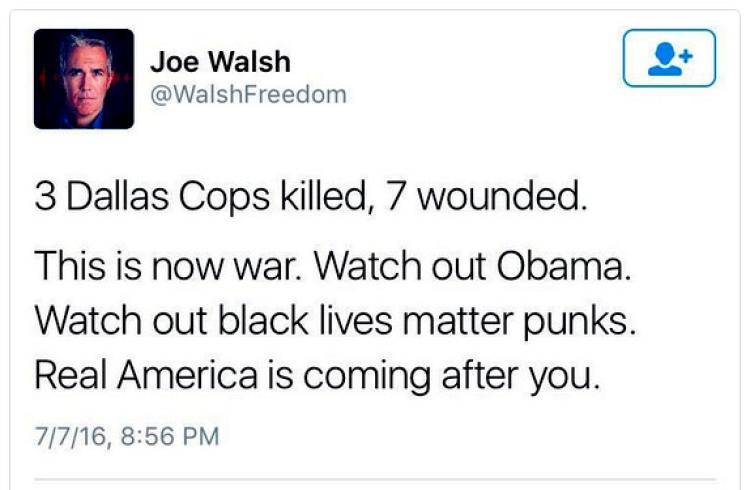 It was a punch in the gut, perfectly encapsulating the point of view shared by so many of my backwards-thinking white brothers and sisters. It was as if they all breathed a sigh of relief and said “Finally! Now we can be open and direct with our hate and violence! At last, war!”

Of course, some of my black brothers and sisters played right into their hands, Tweeting support for the gunmen and praising the murders of men that had done nothing wrong except wear a badge.

Things looked bleak, to put it mildly. Depression set in and seemed determined to hang around indefinitely.

Derrick and Amber to the rescue. Again. 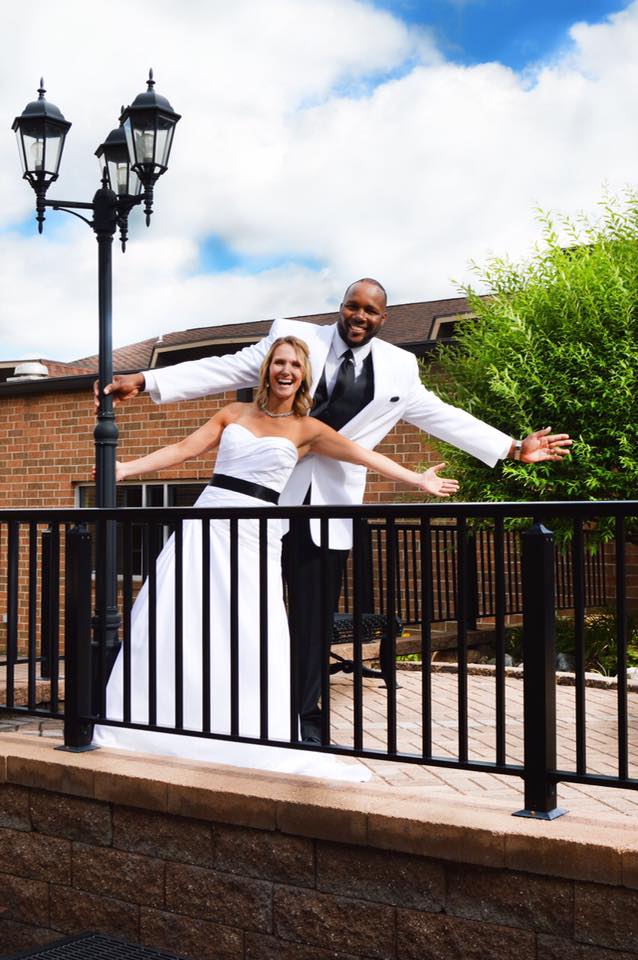 See, that Friday night, the 8th of July, members of both wedding parties and families and friends all gathered for the wedding rehearsal. That’s when hope showed up again. Hope in the form a stunningly beautiful, petite, blue-eyed, blonde bride and the imposing, handsome, tall, black man she’d fallen in love with. A man who had already demonstrated compassion, patience, and love with her two wonderful daughters…and incredible patience with the fiercely independent Amber. I mean, seeing them stand there together, Derrick towering over her, neither one of them concerned about anything other than being excited to begin the rest of their lives together…how could you not be inspired? But it got even better.

Yeah. The kids. A colorful mix of punk-rock haircuts and shades of pink and green, of glasses and suspenders, and skin tones ranging from pale white to rich mocha. And they didn’t give a good goddam about looks or religion or skin or social expectations. They had no idea that they were avatars for the literal future of our country. They were kids. They wanted to play. They wanted to dance. They wanted to take their shoes off in the church. They were hungry and wanted pizza. Kids.

And the groomsmen! Black and white. Tall and short. Ukrainian and Liberian. The bridesmaids were just as impressive: servicewomen, teachers, writers…tattoos and smiles and confident female sexiness in all its sizes and shapes and colors and ages. 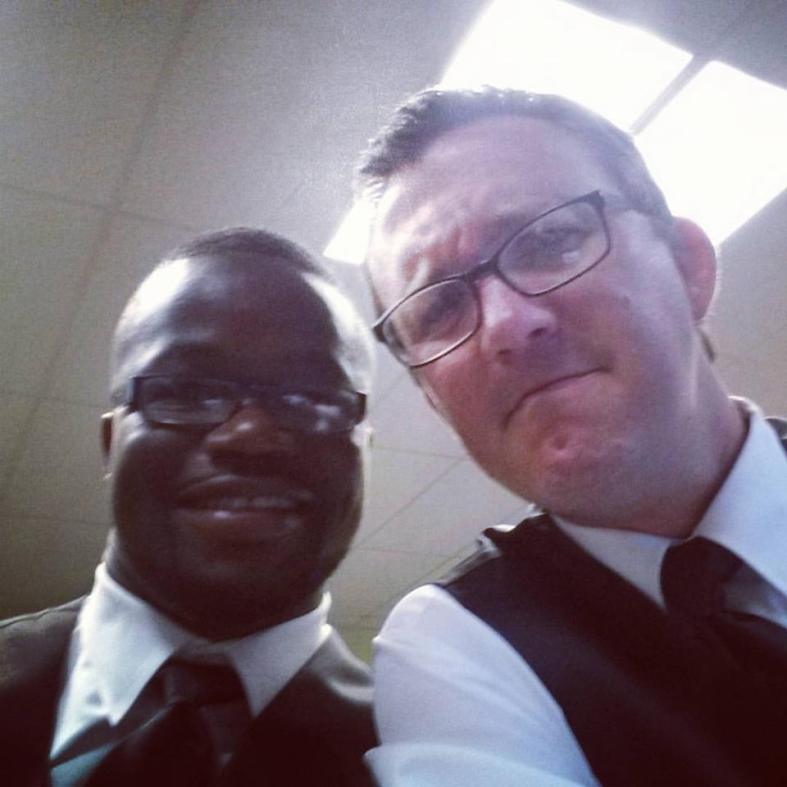 So on Saturday, after the ceremony, after the pictures and the uncomfortable clothes and the waiting and the standing, came the reception. Dancing, drinking, hugging, laughing. Joy. Bliss. Hope. Everywhere. And it was good. And I felt so happy.

So thanks, D & A. You guys rock, and this huge clan of ours, these wonderful misfits…they restore my hope. Constantly. I’m so very proud to be part of that. Take a look..

I threw that video together, not just for Derrick and Amber or their guests and friends, and not just to try and inspire anyone who needs a pick-me-up. I did it for myself. I cobbled it together over the last few evenings so that in days to come, if and when I feel hopeless and sad, I can watch it and remember how great this world truly is. I can remind myself that hope is very real, and Real America is still the best place in the world.