So, yesterday I’m walking to the fridge to get the chilled Heath bar that my Sweet Baby got me and stowed in there for a delicious post-lunch treat.  Before I open the door, my Sweet Baby calls out “It’s not in there. It’s gone.”

Damn it, she was right.  Gone.  Missing.  Absent.  And yes, absconded with.  Bitch ate my candy bar.

It's like looking into the face of God himself.

Now, at that point I couldn’t get too indignant, because after all she was the one who bought it for me.  And, in truth, I had forgotten about it for a couple of days because, well, I just don’t eat a lot of sweets (rum is sort of sweet, but that’s a drink, children.  Different story alltogether.)  But I think she ate my candy bar to get back at me for an argument we’d had.  A very white-person argument.

My Sweet Baby and I had been dsicussing how Katy Perry has joined Michael Jackson as the only two artists in history to have five number-one singles from the same album.  I mentioned how great “Thriller” was, and as God as my witness I meant this to be a compliment, I said something to the effect of “It’s in the same league as GnR’s “Appetite for Destruction!”

No.  No, apparently, it isn’t.  And seriously, “Appetite” isn’t even close.  But goddammit, I was trying to make a point, and she goes and eats my candy bar.  THAT, my friends, is a white people solution to a white people argument.

Before you get all judgy, know this: I have a greater understanding of ethnic cultures than most of my caucasian brethren.  Fact.  Know how I can quantify this statement? Hair care.  I’m the motherfucker who will drive an extra thirty minutes to go down to Rudisill or Petit just to find a Walgreen’s that carries Dax Wave and Groom.  If you know what Dax is, congratulations on passing Race Relations 101.  In fact, I have a cabinet full of Dax, two different kinds of Murray’s pomades (most white people only know it from The Chappell Show) and Tres Flores, which is kind of the Hispanic version of Murrays.  It’s not a stereotype.  It’s fact.

See, most of you have been to the grocery and seen the “Ethnic” section of hair care products.  Sportin’ Waves, 360, Royal Crown, etc. all right there in a four-by-six section.  I used to think it was a bit racist to have a section called “Ethnic” hair care.  Like, why don’t they just call it “Color for Coloreds” or something.  And I wondered why there wasn’t a “Caucasian Hair Care” section, then I realized that there is.  It’s called “The Rest of the Fucking Store” and more specifically “AXE and any of that Burts Bees shit.”  Really, though, the only truly white people hair dressing remains Brylcreem, and technically that should be in the “Old White Dude” section. (For the record, I highly reccomend Brylcreem for a good Mad Men style side-part.)

Anyway, I started thinking about how crazy we white folks are.  For example, every time I make a buffalo chicken wrap for lunch, I can’t help but think that “flatbread” is just honky for “tortilla.”  In fact, what we call a “flatbread wrap” is actually just a “boring-ass white people burrito.”  Go down to the Puerta Negra on LaFayette and ask for a flatbread wrap.  You’ll be amazed at how long a hispanic bartender can stare at you.  (Spoiler alert: it’s forever.) Henceforth, I’ve decided that from now on I’ll refer to flatbread wraps as “Eminems.”  See, they’re also white (w)rappers.

Going back to the Heath bar thing.  I think they’re probably white people candy.  (Anything with Toffee in it has to be, I think.)  On that particular day, I settled for a more pan-racial treat: bite-sized (or “Fun Sized” if you’re politically correct) Twix.  They’re good, but they’re no frozen Heath bars.  And don’t even THINK of comparing them to a Skor bar.  “Skor” is an old Viking word that roughly translates into “White Devil Rape Treat.” 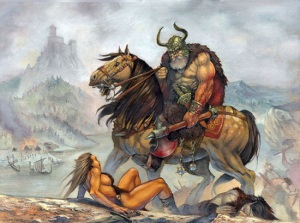 Anyway, I let my 2-1/2 year-old son try  a bite-sized Twix.  He enjoyed it.  Later, I tried to get him to call them “cat turds.”  This plan will backfire when I find him sitting on the couch greedily feasting on an actual sand-covered cat turd.  White people.  We reap what we sow.