Everything. I did everything last summer. Want to know why I haven’t touched this blog in forever? Because I was doing everything.

Let’s rewind a bit. I began the summer chugging along professionally in a pretty sweet gig as copywriter/digital content specialist for Asher Agency. To sum that position up: I would come up with ideas for commercial campaigns. TV, radio, digital, print, whatever mediums we were going to use, and then the message or thought behind said concept. From there, I’d work with the other creative team members to shape it up into something that made sense and looked great, and we’d produce it. I’d cast actors, guide the graphic artists, write the actual “copy” or words (spoken by actors or printed on billboards, etc.), get it all produced, and then we’d throw it all out there into the world. The process is truly a satisfying experience, watching your ideas come to life, even if only for thirty seconds at a time or on a clickable strip of banner on someone’s website.

I must’ve been fairly decent at this, because I started getting nibbles. People inquiring as to my future plans. Recruiters asking “Hey, how happy are you at Asher?” Finally, an old compatriot called me up and basically offered me his job as creative director. He described the position to me thusly: “you’ll come up with ideas for commercial campaigns. TV, radio, digital, print, whatever mediums we were going to use, and then the message or thought behind it. From there, you’ll work with the other creative team members to shape it up into something that made sense and looked great, and we’ll produce it. Cast actors, guide the graphic artists, write the actual “copy” and then throw ‘it all out there into the world.”

Huh. So, of course I took it. A corner office with windows? A bunch of new business cards? Hells yes. So I took a new position doing pretty much what I did at Asher, only with more perks and a nifty title. So that was cool.

Plus, I mean…a place to hang an old Robert August promo flyer (autographed!) and prop my Scottish claymore against a vintage photo of Fred Toenges?! SIGN MY ASS UP!!

My wife and I also decided to sell our house. We had lived, with our two boys (Simon is 12, Rhys is almost 9) in a nice, old (built in 1920) home in the Oakdale Neighborhood in Ft. Wayne. Tree-lined streets, gorgeous old houses…and very narrow, busy streets. No back yard to speak of. Or front yard, for that matter. In other words, charming as all hell but not conducive to bike riding or football tossing or anything else that growing young men want to engage in. So, when the market heated up, Heidi and I jumped at the chance, trading the urban pulse of the ’07 for the serene spaciousness of the ’15. It was a long, hectic process, selling the old house. Folks can be very particular and selective, even in a sellers’ market. It was stressful, especially since we purchased our new (current) home before we’d sold the old one. But in the end we persevered, chalking up another adventure on the Watson Family history. (An adventure that yielded a three-car garage and the chance to hang hockey equipment up without carting it all to the basement after every practice or game.) 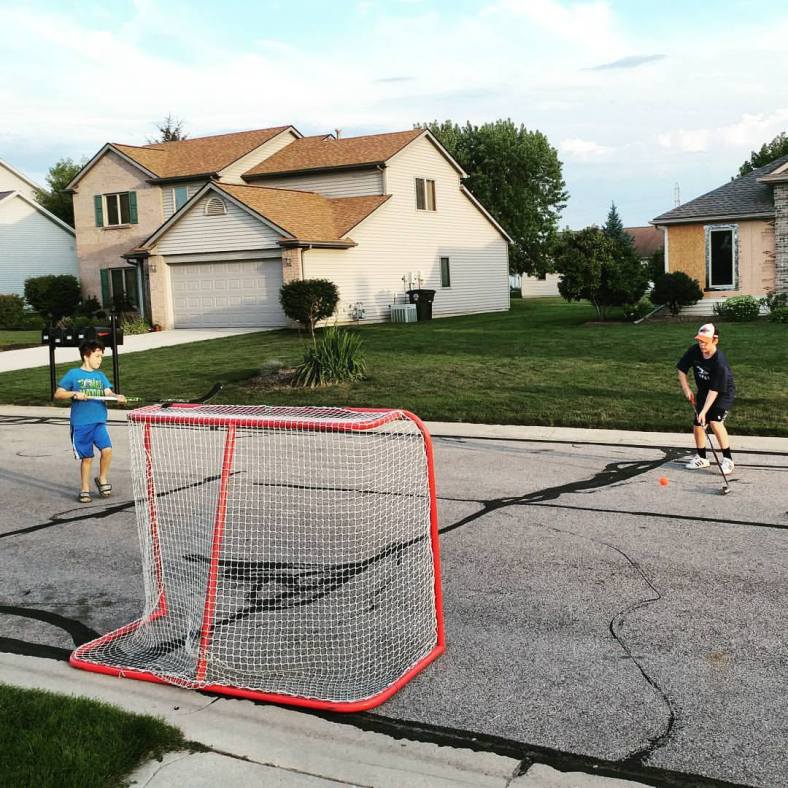 BUT YOU’LL NEVER BELIEVE WHAT HAPPENED NEXT!

Actually, that’s not accurate. The “next” part. That’s not how this timeline played out. Sorry. I strive for realism, and that’s…that’s misleading. Clickbait nonsense. No, this is actually something that’s been simmering along for a while now, but in addition to my role(s) at a couple of different ad agencies this year, I had the opportunity to write for a fun, exciting new enterprise. The minds at Bound Publishing have come up with a mobile-specific reader, and are releasing serialized stories on it. One of the cool features of the Bound app (learn more here or find them in the iTunes store) is the ability to expand on the story via sourcebook entries, diary passages, bits of propaganda, etc. from the story universe. If you’ve ever seen the Star Wars sourcebook or any of the supplemental Lord of the Rings or Song of Ice and Fire materials, imagine being able to have those open to cross-reference whilst reading the novels or watching the movies. “Oh! The model that Luke is playing with is an actual Incom T-16…and later, during the Death Star briefing, he talks about bulls-eyeing womp rats in it! I always wondered what the T-16 looked like!” Well, the Bound platform is like that, with all sorts of artwork and specific expanded entries, and I was asked to write the sourcebook materials for a science fiction space epic called Purgatorio. Go get the app and download it and let me know what you think. It’s been a great experience, and the Bound guys have given me all sorts of latitude. It’s been pleasant and rewarding, in a very different way than the advertising life.

So a very full summer now gives way to a hectic fall, because, as many of you know, we’re at the cusp of hockey season. And I live with a hockey family. Both kids play, Heidi is a team manager for one kid’s team, treasurer for the other, and I coach the boys and play in my own ASHL beer league every Sunday. From now until April. And it’s awesome. And we wouldn’t change this life for anything. Which leads me to my other big news…

WHICH WILL HAVE TO WAIT UNTIL NEXT TIME!!

Seriously, I can’t talk about it, but it’s pretty rad. Talk to you later.