Oh, this year has been awesome so far, hasn’t it?  Man…things are happening, wheels are in motion, and ol’ Uncle Turner needs a break already.  (It sucks being old, kids.)

That’s why I decided to turn the tough part of blogging (inspiration!) over to you.  Over at my Facebook page, I asked you to ask me questions.  Nothing was off-limits, and you guys are so creatively insane and brilliantly stupid that I got some really good questions.  Too many to handle all at once, lest this be a 48-page blog entry.  Nobody wants that.  Hell, my radio consultant said the last entry was too long, so…let’s begin.

Ryan asks: Does God have feet?

An excellent question, and quantum physics teaches us that God both does and does not have feet.  Also?  This explains the dual nature of God as both male and female simultaneously.  Hence the old line about us being created “In God’s image.”  Whoa, it got really serious right out of the gate.  Let’s change gears…

“I saw two pairs of footprints, and said HOLY SHIT, GOD!! DON’T STEP ON ME!!”

Mike submits: Do you think Hollywood should do a reboot or sequel to Real Genius? And are you available to play Chris Knight, cause Val Kilmer is fat now?

I’ve covered reboots and sequels in previous blogs, and I’d be down for a sequel to this film (one of my all-time faves) if they mixed it up and made Chris the professor or even the project lead at some company.  He’s lost his way a bit, and needs a young, brilliant student to bring him back to the irreverent Chris Knight we all know and love.  Alas, I am also old and fat, so it’ll prolly end up starring Ryan Gosling somehow.

From Joe: Colecovision…best gaming console ever?

Son, you know that it’s a war between NES and Sega.  A very tightly-contested war, with no clear victor.  That being said, “Buck Rogers” on the Colecovision was incredible. 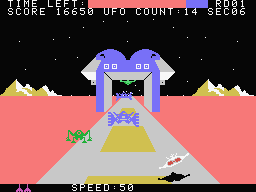 My brother and I called this level “Holiday Road” and would sing the Lindsey Buckingham song from “Vacation” as we played. True story.

One of these guys dresses with class. The other might be Goldberg. I can never tell.

Ft. Wayne has a surprisingly deep well of local talent.  And like most Midwestern towns, it seems like there’s a bedrock foundation of cover bands, upon which a layer of metal and blues rock lays.  Then you get all the other genres sprinkled about like feldspar. (Geology, bitches!)  I have talented friends in bands like Beneath it All and Valhalla, standout metal bands.  KTR and Downstait are great, too. I’ve always figured Left Lane Cruiser would be a huge national act by now, and it boggles my mind that they aren’t as popular as, say Cage the Elephant (I know, different styles and such.  LLC isn’t easily quantified and packaged, so there’s that.  Perhaps I should’ve compared them to Leon Redbone instead.)  But my tastes are decidedly more punk-rock in nature, so I’d say that you can’t go wrong with Flamingo Nosebleed.  They’ve had (and totally earned) the opportunity to tour with the likes of The Suicide Machines and other “national” acts.  One could make the argument that they’re more popular outside Ft. Wayne proper, which is a shame.

Okay, running out of space, so let’s have one more, hopefully from someone too drunk to stand…ah!  Perfect.

Jake asks (slurringly): If you were half man, half sausage, which half would beer man.

Every man is half sausage and half beer and beer man, beer, man.  Beer. 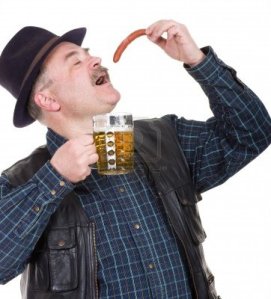