GAH!!!  How the hell did this blog just have a second birthday?  Dang!  More importantly, what the hell happened to all the time I used to spend blogging?!?!

Wait.  Let’s step back.  Deep breath.  July 26th.  That’s when this blog o’mine officially reached the two-year mark.  That just seems weird.  Now, the other thing I need to address is the paucity of my blog updates/entries.  I know.  I thin it’s mainly due to my midday time slot at 98.9 The Bear, but exacerbated by a long summer of child-wrangling and such.  Excuses?  I HAZ THEM!! 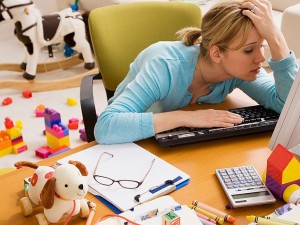 So let’s quickly just try something new.  Ima tell you some stuff, and then you tell ME stuff!  Here, let me get the ball rolling.  (WARNING:  I’ve been playing WAAAAYYYYYY too much Mass Effect 2, and I’ll explain below.  Just know that it’s…it’s getting to me..) 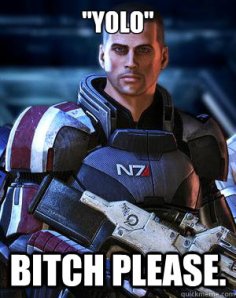 Did you know that Bing Crosby is one of the fathers of Silicon Valley?  He was looking for better recording methods, someone told him about the old Nazi magnetic tapes from WWII, and BOOM!!  Der Bingle invests in AMPEX.  Ampex goes on to pioneer reel-to-reel recording and editing, and then computer data storage, developing the first hard drives ever.  BOOM!  Silicon Valley has its first big start-up.  (And yes, Ampex still exists.) As Commander Shepard would say:  What can you tell me about Silicon Valley?

Mass Effect 2 has become like this huge mountain that I must conquer.   I put off playing the sequel to Bioware’s incredible Mass Effect for way too long, and finally decided to invest the time and energy into another wonderful space-epic.  Seriously, these games are better than 90% of the crap coming out of Hollywood these days.  Anyway, I got close to the end.  I could feel it.  I had the entire team, including (SPOILER!) Legion.  I had the Reaper IFF thingie that would let me use the Omega 4 relay.  And then…my saves disappeared.  Gone.  Lost.  Non-existent.  I was devastated.  FFFFfffffuuuuuUUUUUU…  So I started again. This time I’m making different choices (gonna try and bang Miranda and ignore Jack, even though I find Jack to be the more attractive female) and get through this goddam thing so that I can waste another few weeks on Mass Effect 3.  Wish me luck.  As Shepard would say: Have you got a minute?  I just want to talk about you.

A lot of strange and wonderful things are happening in my life right now  I’ll share the details as they materialize (or as soon, in some cases, as I am legally allowed to discuss them.)  As Shepard would say: I don’t work for Cerberus.  This isn’t a Cerberus mission. +2 Renegade.  Unlocks additional renegade response.

Now then.  Here’s your part in this little discussion.  See below?  Just south of that Ad?   (Ads which I have yet to see a single dime from, BTW.)  Where it says “Leave a reply?” That’s the comments section.  That’s where you come in.  What shall I blog about next time?  We’re in our third year now, folks. Gimme some fuel for this rock-n-roll shuttlecraft of delights and wonders.  Gimme your best in the comments section.  And As the Commander would say: I should go. +1 Paragon

14 thoughts on “The Two-Year Old Incrediblog!!”